Showing posts from July, 2007
Show all

- July 31, 2007
About 30 years ago my family made a classic 1970s trek to Washington, D.C. Even though the sights and sounds of D.C. left an impression on me, it was the trip through Virginia’s Shenandoah Valley that introduced me to the region’s natural beauty. Dressed in our blue “Virginia Is For Lovers” T-shirts (which I kept for several years after), we rolled down the windows of our spacious Oldsmobile to take in the scenery. Click here for the full story.
50 comments
Read more

Disney World and Orlando go hand-in-hand - not that there's anything wrong with that. Those in Orlando are proud to be associated with the trademark mouse ears. After all, it's what put this Central Florida town on the map. As Disney catapulted Orlando onto the world stage, business and government pooled their resources to build up the community. As a result, Orlando offers unique attractions outside Disney's borders. Colors are on display at the Leu Gardens Outdoor beauty and grace: that's what describes the Harry P. Leu Gardens. Lush landscaping set in a tranquil atmosphere literally takes you away from the dizzying pace of Orlando's beloved theme park. Easily accessible from Interstate 4, Leu Gardens is Orlando's embassy in a sea of city madness. "If you are looking to get away from the crowds, catch your breath and see the real Orlando, then come to the gardens," said Robert Bowden, executive director of the gardens. "We have the largest rose
Post a Comment
Read more

I was about to order a latte at a bookstore when the clerk informed me: "I'm sorry, but the coffee bar will be down. We can't run the machines while the program is on." Turns out, a lecture was about to begin at the bookstore, so the clerk silenced the whirring espresso machine out of courtesy. I noticed a collection of patrons sitting in fold-out chairs at tables with their fresh coffee and desserts. The lights in the cafe section of the bookstore went down, and the crowd was greeted by an English literature professor who was there to talk about his latest book of poetry. This is not your ordinary Borders. This is Malaprop's bookstore in downtown Asheville, N.C. Upon learning that I was to have a latte-less evening, one of the professor's assistants came over and handed me a glass of merlot. I have to say, nothing compares to an evening filled with intellectual stimulation and fine wine. "Only in Asheville," I told my wife. After that evening at Mal
Post a Comment
Read more

Take a trip on any part of Florida's 1,800 miles of coastline, and you're bound to find a lighthouse. See the full article on Men's Traveler
Post a Comment
Read more

The northwest corner of Kentucky is a true gem. Composed of Covington, Newport and several communities in between, this cozy, revitalized section of the state gives Cincinnati, its sister city across the Ohio River, a run for its money. It's no wonder this part of Northern Kentucky has been dubbed "The Southern Cincinnati." Like so many cities across America, Covington and Newport have spruced up their core downtowns. Museums, restaurants, lodging and green space mixed with a plethora of recreation and entertainment options pumped life back into these once-lackluster towns. Longtime residents love Northern Kentucky because it provides a balance between modern civilization and Southern tranquility. "It's right across the river from Cincinnati," said Anna Langlinais, a TV producer and Northern Kentucky native. "So you still have access to a big city, but you have a small-town feel and the beauty of Kentucky."If you plan on visiting the area, it shoul
Post a Comment
Read more

Several times a year, I make the trek to visit family at the Beaches of South Walton in Florida’s northwest corner. Every time, I’m amazed by how many shops, restaurants, golf courses and resorts have sprung from every crevice in this valuable, sun-drenched area. Check out my Mexico Beach article at Men's Traveler: Mexico Beach
1 comment
Read more 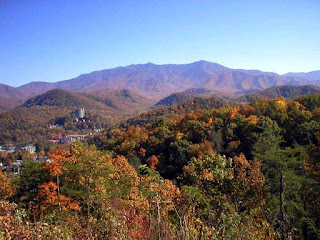 In the Smoky Mountains, the Gatlinburg area proves that culture and nature are able to coexist. Gatlinburg, a city carved into this gorgeous yet rugged terrain, attracts a range of tourists, vacationers and honeymooners. Here, you really can have the best of both worlds. An array of shopping, dining and lodging combined with outdoor activities makes Gatlinburg a top-notch summer destination for virtually anyone. Getting there, getting around Driving to Gatlinburg takes about four hours, but the awesome views along the way make up for the drive. "Scenic Highway 73 through the Great Smoky Mountains National Park on the way to Gatlinburg is a pretty drive at any time of the year," said veteran Gatlinburg visitor and photographer L.A. Jackson. Once you've taken in the beauty of the Smokies, be prepared for the hustle and bustle of downtown Gatlinburg. "The first thing you notice on 73 coming out of the pristine beauty of the national park is the crowds of people walking
Post a Comment
Read more

- July 21, 2007
As a kid growing up in the Midwest, I loved to go to Italian markets to sample their offerings. The various salamis and pastas soon became my comfort food.I yearned to experience this food again, but I wanted to go to the source: Italy. Aside from the food, I wanted experience the country’s art and architecture.For someone who hasn’t been to Europe in years and is content with traveling the Southeast, the trip was a big undertaking. Months of planning, budgeting and learning the language became the scene in our house.We made our decision: We were to visit Rome, Florence and Venice in a one-week period. I dubbed this whirlwind tour The Italian Sampler. Romantic Rome After a nine-hour flight, we were greeted by Rome’s golden sun peeking at us through the darkness. It was a sight for sore eyes. Even though we didn’t sleep a wink, we were ready to tour Rome when we arrived at Fiumicino Airport.There is no need to rent a car in here. Simply find your way to the local train, which whisks y
6 comments
Read more

Chattanooga offers educational experiences for kids Now's the time to start thinking about summer plans. Sure, thoughts of booking vacations and signing up for camps might make you a bit queasy. So, this year, how about creating a trip that means something? Even though the kids will be putting away the books, it doesn't mean that the learning needs to end. Learning outside of the classroom teaches kids that it is possible to gain knowledge after the last bell has rung for the season. The Southeast is home to some of the most educational destinations in the country. Chattanooga, Tenn., is one of them. More than just a fish tankWhen Chattanooga revitalized its downtown core, no one would have guessed the city would become an education destination for children. It's tough to think of a better spot for kids to learn than the Tennessee Aquarium. The Tennessee Aquarium is more than just a fish tank. It's a place where young ones can learn about the circle of life through a ra
2 comments
Read more