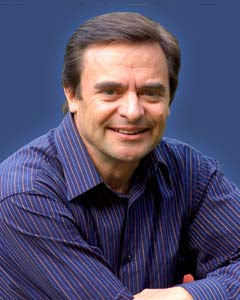 Jimmy Baron is a radio show host, actor, writer, animal rights activist, dad and most of all, world traveler. Over the years, Jimmy has appeared on hit television shows including Facts of Life, M*A*S*H, and Heart to Heart.

In Atlanta, Jimmy was the host of radio station DAVE-FM's morning drive-time show with Yvonne Monet and Crash Clark.

From 1993-2006, he co-hosted WNNX radio's The Morning X. The Morning X - considered one of the most successful shows in the country during its tenure - won countless local and national awards from the radio industry and fans alike. Baron has sat face to face with everyone from The Dalai Lama, Desmond Tutu, and President Bill Clinton to Warren Beatty, Mick Jagger, Hank Aaron, and Buzz Aldrin. Since "The X Days," Jimmy has been keeping busy with writing and television projects. Jimmy supplied us with his favorite destinations:

...and he loves Spain