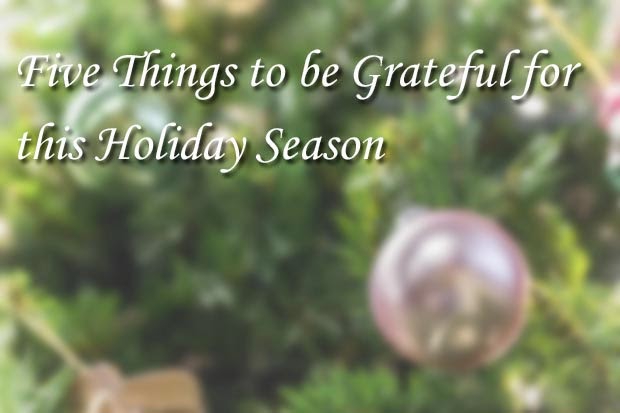 At this time of the year, the Web-verse is chock full of those lists with its “10 Best Of…” or “20 Favorites…” lists. Heck, these lists are the hot thing all year, but seem to intensify during the holiday season. Life itself is so complicated, it’s tough to compartmentalize ideas into lists. Some might suggest that these lists are “so trivial,” but I beg to differ. The lists catch my eye, make me synthesize and organize ideas. As of this writing, we’re in the part of the holiday season between Thanksgiving and Christmas Day. For those “keeping track,” Hanukkah starts December 16 while Kwanzaa makes that attempt to lengthen our holiday season by starting on December 26, running through January 1.
I have a few things that I’m grateful and not-so-grateful for at the moment.

1.       I’m grateful that I am never hooked on Black Friday. Do not get me wrong, I love a good deal on electronics and clothing just as much as the next guy. The thing is, I have not been dedicated to camping in the chilly outdoors for the deals for quite some time. I’m nowhere near above the fray on this one. I once stood outside a K-Mart in freezing temps for a Texas Instruments computer with my dad well over 30 years ago. I have not camped out since. Although, I taught myself the BASIC computer programming language and created a game program myself. I never went into computer programming because I felt that BASIC did not match up to the advanced programs like RPG and COBOL which I felt I was never good enough to master. Yes, I’m dating myself, but cut me a break because I was in high school at the time. I think the TI computer went for about $50, but to store the programming work, one had to purchase a rather expensive cable to hook up to a tape recorder which stored the information on cassette tapes.

2.       I’m grateful for the all-new Pizza Hut mind-reading menu. Finally, something that will read my mind! Yes, just what I thought: don’t ask. This cannot bode well for those who distrust the whole Internet lack-of-privacy-thing, but apparently the fast-food pizza outlet is testing this idea out overseas. Time magazine called the menu, the first subconscious menu of its kind. Next time I’m at Pizza Hut when this subconscious menu is offered, I hope that it will pick out the “Kale-Spinach Special.” However if the mind-reading menu picks out too many pies for me, I do not think I’ll be grateful the morning after I consume the offerings.

3.       I’m grateful that I’m not a football addict. While I understand the attraction to follow a team, it can make things stressful and time consuming. There was a point when I was guilty as charged when it came to football viewing. Back in college, I made it a point to follow my hometown football team and built some of my weekend schedules around the games. With more on my plate these days, I’m happy that I do not stress out over football games. Okay, I do have the Cleveland Browns somewhat on my radar. Hey, it would be nice if they made a Superbowl appearance sometime this century.

4.       I’m grateful for the ‘selfie stick.’ The stick idea makes sense because it physically attaches to the user’s smartphone so that it becomes easier to take the photo.  What I’m not so grateful for is how ridiculous we will all look once the device goes viral here in the United States.  On a side note, officials in South Korea are not too crazy about this device which they claim, could interfere with medical equipment since it uses Bluetooth technology.