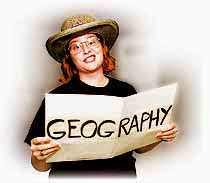 The Song Doesn't Remain the Same
Comedy troupe Southern Discomfort crafts pop-song satires that poke fun at just about everyone
By Bob Nebel
WHILE MOST of us are sequestered in our homes on Thursday nights, indulging in NBC's "Must-See TV" shows such as "Seinfeld," a group of nine talented comics gather in a Dunwoody basement and create a unique brand of humor known as Southern Discomfort. Each week, the group reworks modern pop songs into some of the most ingenious political and social satire on this side of the Chattahoochee River. Few members of popular culture or the political arena can escape being a subject of Southern Discomfort's vast vault of song parodies. One of the group's gems titled "The Shady Bunch" -- set to the theme song of the '70s television sitcom "The Brady Bunch" -- lyrically chronicles some of the recent troubles at the White House. And "Hello (Again) Dolly" pokes fun at the recent sheep-cloning controversy with, "Hello Dolly/ You're a clone, Dolly/ and might I add you're quite a little lamb."

Southern Discomfort was founded in May 1996 by Dunwoody resident Alan Friedman, who honed his political-humor skills during a stint with the Capitol Steps, a well-known satire troupe based in Washington, D.C. It was there that Friedman created songs such as "Immense Expense is Mainly Defense" during the arms buildup of the '80s.

Friedman relocated Dunwoody in the early '90s, and several years later, he created an annual satire event called "Cracker Crumble." At the conclusion of the 1996 show, Friedman realized he could keep his multitalented cast intact throughout the year, and perform on a regular basis. Thus, Southern Discomfort was born. Since then, the group has grown to include Celia Yasner of Marietta, Hagan Thompson of Dunwoody, Nancy Riggs of Smyrna, Susan Williams of Lilburn, Terri Van House-Thornton and Alan Thornton of Stone Mountain, Julie Bookman of Atlanta, and Stephen Martin of Atlanta.

During the group's conception, Friedman garnered advice from other comedians living in the Topside area. "I think Jerry Farber, from The Punchline [in Sandy Springs] is the person who I most admire in this business. He gave me the tools that we needed to get a live musical-satire group together. Jerry is an immense inspiration to myself and the Topside community."
While the group practices and performs diligently, Southern Discomfort's show-biz goals are primarily local. "I really take this work on a daily basis and try to have fun with it," says Friedman. "We do not really have long-range plans with something like [Southern Discomfort], due to the fact that we all have day jobs. I run a public-relations agency, and as for the rest of the group, they have careers ranging from being a writer, to an administrative assistant in health care, to a pair of bookstore owners. So right now, this is simply a therapeutic hobby."

For a group that's less than a year old, Southern Discomfort has a wide array of songs, including "Kicking Dennis," the hilarious tale of a fictional Chicago Bulls fan who allegedly gets kicked in the family jewels by Dennis Rodman. The Rodman-fest continues with "Madonna," which is sung to the tune of "Don't Cry for Me, Argentina," in which the infamous chorus is replaced with: "Don't lie with me, Dennis Rodman/ The truth is I'm going straight." Many of the songs are performed by the entire ensemble, but solo performances are given in the folksy "America Not Online," and the oh-so-timely "Lincoln Bedroom Song." The D.C. assault does not end there. "Poll Man Clinton" and "Dick Morris Lament" continue to jab at the current presidential administration.

Southern Discomfort's humor isn't really biased toward either side of the political spectrum -- everyone in the public arena is fair game. "Right now, I'm working on new material using the recent knee accident of President Clinton," says Friedman. "Between [U.S. House Speaker Newt Gingrich] and the president, we have a plethora of material to work with."

Is any social or political subject taboo? "Well, we do everything in good, classy taste," says Friedman. "We stay away from the morbid news. With what we do, it would never work."
While many of the songs are based on national figures or topics, the group also performs several songs with a local angle. "Olympic Tickets" satirizes the ineptitude of an Atlanta Olympic ticket agent who exclaims, "What a great place New Mexico must be!" And the rousing "Putting on the Grits" is Southern-style icing on the cake.

Southern Discomfort performs at a variety of venues, ranging from The Punchline to bar mitzvahs and conventions. The group also recently released its debut cassette titled It's Not the End of Civilization, It's Just Southern Discomfort, Vol. 1/2. While the recording is amusing, the essence of the comedy troupe is in the live performances, complete with props, hilarious facial expressions and choreography.