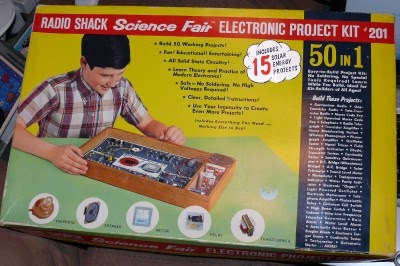 I confess that I always loved going to Radio Shack. From the days Radio Shack carried the latest in CB radios, portable 8-track tape players, turntables, receivers and smaller televisions, I was fascinated with what the then-electronics leader carried.
Little would I realize just a few years after the CB radio craze, Radio Shack carried one of the first computers that one could purchase for the home. Known as TRS-80, millions were mesmerized by the “invention.”

Back in the early 80s, there was no way that my family could afford such an “entertainment” device like the TRS-80 or the then-hot Commodore 64. To me, Radio Shack’s TRS-80 was good for one thing. My friends and I visited a Radio Shack with our Super 8 film camera to include the computer as a prop in one of our films shot in summer 1982.
Still, computers were becoming a necessity rather than a luxury as time passed. I was jealous of those who could own a home computer because they had word processing capabilities, making the production of school term papers much easier than using an electronic typewriter. Still, couple that clunky computer like the Commodore 64 with a dot matrix printer and one family could have a huge expense on their hands. I knew few people who had such a set-up.

Later on, the TRS-80 was known as the “Trash 80,” once far more powerful computers came to market.
There’s no doubt that I was far from being a full-blown electronics geek who loved to frequent Radio Shack. I would leave that up to the millions who have provided themselves with that label. They are the ones who enjoyed buying electronics kits that were widely available at the stores. The true “techies” seem to love the store. I appreciated Radio Shack for carrying patch cords when I would use them for video and audio production and duplication. With that in mind, it always felt that Radio Shack made you feel that they had products widely unavailable in other electronics stores.
For the past few years, Radio Shack lost its “mojo” - or strength - in the marketplace. Personal computers, mobile phones, Smartphones, electronic readers/tablets, smart televisions and Blu-Ray players have been produced with higher quality at affordable price points. Many point to the fact that those technological advances along with online retailers like Amazon have been the perfect storm that has been hurting Radio Shack for the past 15 years.
Beyond lagging in technological offerings, market-watchers say that Radio Shack’s image has been stuck in the 1980s for ages. The company even poked fun at itself in an ad depicting popular cultural icons from that era including actor Erik Estrada who starred in the NBC-TV drama CHiPs from 1977-1983.
It’s no secret that with those setbacks, Radio Shack has been financially hurting. Things have been so unsettling for the electronics retailer, they’re having a tough time closing stores. Evidently it costs the company quite a bit just to shut down a store which sounds hard to believe. According to recent reports, Radio Shack management announced that they wished to shutter 1,100 stores, but could only come up with enough cash to close 175 units.
The company which started in 1921 seemed to be at the forefront of technology long before and after the TRS-80 which was introduced in 1977. Radio Shack was one of the first companies to offer satellite TV systems and cell phones. To me, those facts make this part of the Radio Shack saga disturbing. Radio Shack has been a pioneer for over 90 years and today, they’re hanging on like a loose tooth. Indeed the marketplace is rough, but Radio Shack leaves me with a heavy dose of melancholy.