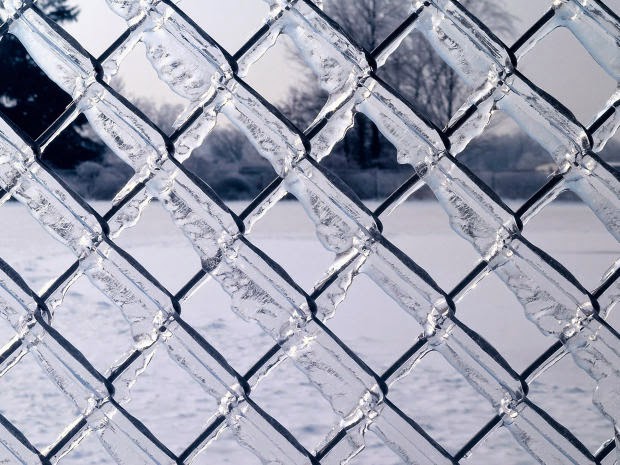 I have been through scores of winters here in the Southeast and most of them are an adventure. One day, you could be strolling in a public park feeding the ducks or walking the dog and the next, you're holed up within your four walls protecting yourself from temperatures in the teens. For those new to the Atlanta metro area, welcome to Winter 101.

When I came down from Ohio's north coast more than 25 years ago, I recall folks telling me about how terrible the winters could get down here. I scoffed at the idea since those recollections were told to me in the hot August heat and humidity. Those Atlanta winter veterans couldn't have been more right as the subsequent years presented many winters with frigid temperatures.

When folks from up north would call and make fun of our then-minor snowfalls, I explained to them how much more dangerous it is down here with the lack of snow removal equipment. Our roads are far more treacherous than their treated roads up there - most of the time. After much thought, it made sense to have little equipment since there have always been few snow or ice events each winter.

With snow removal equipment, the thinking always went, "Why waste the money on things you would barely use?" That thought was challenged over the years when the area was hit with a massive snowfall in March 1993 and recently in late January 2014. Last year's Snowmaggedon/Snowpocalypse caught the area off guard much like a similar "catastrophic" event during winter 1982. This year, the state invested in improved prevention methods with the introduction of the salt brining trucks.

For what it's worth, the use of the brining trucks is a good plan for the Atlanta metro's interstates. Of course, most of us have to take secondary streets to get to those treated interstates. So if there was a massive area icy event in late February 2015, many of us would stay off the roads, stay home from work or school. The benefits of keeping the interstates treated is good for commerce. Most likely those truckers are grateful for the treated roads.

While late February 2015 is nothing like late January/early February 2014 in the Atlanta metro area, we still got our dose of the cold. Furnace and automobile troubles, pipes bursting and frost bite are major concerns for us when we hit a cold snap. For our brethren to the north, those issues are far more minor since they are veterans at dealing with those concerns. Besides, folks up in the Northeast have "bigger fish to fry (if they could only thaw them out)" with issues like running out of places to pile up the snow.

Right now, North Georgia has been hardest hit from winter 2015's snow and ice events. I'm amazed at how those folks survive living up there with no electricity for days on end. The payoff to mountain living is that you cannot beat its serene nature.

So keep that furnace checked. Wrap those pipes. Be safe when heating with generators or kerosene heaters. Watch it with the chainsaws when slicing those fallen trees and limbs. Most of all, stay warm. With some positive thinking and maybe luck, we don't have much more winter ahead of us as of this writing. Here's hoping that we avoid having to deal with a major ice or snow event this season or for any other season.

SMM BEAR said…
Give adequate knowledge for me. Thank you for sharing useful material. Very well written article. It was awesome article to read. snowlimitless.com provides you snow removal richmond. at the normal price.
6:43 AM