Showing posts from May, 2015
Show all

It's been a wild and crazy May in the weather world

- May 28, 2015
Perhaps I have half an egg on my face. I knew it would be a risk. My previous post discussed how dry May would become this year in the Peach State. The first half of May 2015 was quite dry until we hit the middle of the month here in the Southeastern United States. The rain deluge hit us hard in the Peach State with rain dumping upon us daily during the back half of May. Thankfully a high winds and/or tornado risk were low, but the lightning has been intense at times. Unfortunately too many trees fell in the Atlanta metro area. May’s weather in Georgia has been nothing like what has been happening in many parts of Texas. The floods in Houston, Texas are blamed on fatalities and many folks are missing. It’s major tragedy in Southern Texas. I confess that I was wishing for rain in Georgia because I never want to see a drought like our friends experienced in Texas and currently in California. The 2007 Georgia drought was beyond concerning for us. Still, maybe wishing for rain is
Post a Comment
Read more

Get to know your "Slow Poke Law"

- May 18, 2015
Approximately 269 "Slow Poke Law" violations have been issued in the Peach State by the Georgia State Patrol over a nine month period. If you don't know exactly what the "Slow Poke Law" is, chances are you could have been one of those who were cited. The  "Slow Poke Law" -- with its latest update went which into effect in July 2014 -- says that if you're traveling too slow on a state highway's fast lane - and there are fellow motorists traveling at a higher rate of speed, you need to safely get out of that lane. Supporters of the "Slow Poke Law" say it exists to reduce road rage incidents and aggressive/dangerous driving situations. In most situations, it's common sense to get over if another motorist is riding your tail. After all, who needs another irate driver out there, right? It's not that the "Slow Poke Law" is necessarily a bad thing. Drivers just need to be aware of their surroundings and let the faster
Post a Comment
Read more

The end of the television season brings on many changes

- May 11, 2015
Here we are leaning towards Memorial Day after most of us are getting depressed with how  Mad Men  is wrapping up, but the better news is that  American Idol  will return for its final season. Let's face it: that one needs to be put out of its misery.  American Idol  had its time, but when it was at its peak, that Reality TV trend felt like it would last forever. Certainly  Survivor  is still going strong on network TV as well as whatever the housewives and the Kardashians are up to on the cable television networks. Perhaps the end of 'Idol' is a sign of a trend towards edgy scripted programs that appear on services like Showtime, HBO, IFC, AMC, Netflix and Amazon. With that in mind, the broadcast television networks are doing what they can to keep up with shows like  House of Cards, Orange is the New Black, Transparent, Bloodlines, Veep  and  Silicon Valley . The broadcast networks have done well with buzz-worthy shows like  Scandal, Under the Dome  and  Blacklist ,
Post a Comment
Read more 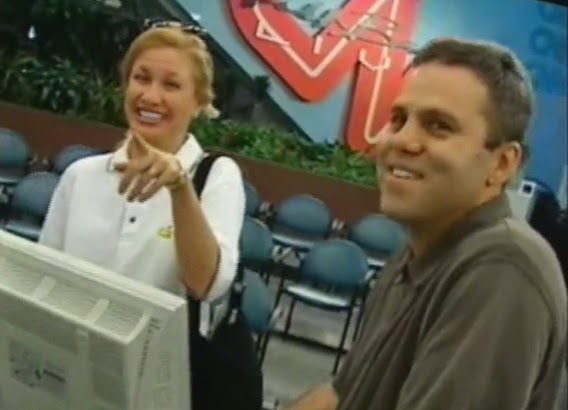 It was many years ago when I received word that I got a job in television news in the Atlanta metro area. I had been living on Ohio's north coast for all of my life up until that point. I was excited about embarking on my then-new adventure in the South. On the last visit to my hair stylist Connie that summer, I received her sage "Atlanta advice." Connie, like millions before her, was one of those people who passed through Atlanta on the way to somewhere else. Many of you who have lived in the Atlanta metro area for a time get the picture: People pass through, they become "ersatz experts" on the city and dole out the usual observations about the town with their "hundreds of Peachtrees," sweet tea and "those nice, talkative Southern folks who would give you the shirt off their backs" stories. "They're nice people down there," Connie said. "And one other thing, they got heat." Connie was right. I moved to the Atlant
3 comments
Read more

- May 03, 2015
April showers bring May’s dried-up flowers. Perhaps that’s a bit of an exaggeration, but that statement certainly feels that way these days. What happened when May 1 hit? It’s like the weather overlords knew to shut nature’s spigots off at midnight April 30. With the wettest April in 36 years, one would think that moisture-laden pattern would continue. One must wonder why in the world when the calendar flipped to May, we dried up out there. I’m not complaining. Who needs loads of drenched grass and roadways in addition to the chance of severe weather? That is the silver lining to drier weather. So why are those flowers shriveling in early May after loads of rain in April? Obviously we have uncontrollable weather patterns determined by science, so we adapt to the situation by watering those flowers to liven them up by human intervention. Certainly watering plants may contribute to a drought situation if the dry pattern continues for several months or possibly years. Look no fur
Post a Comment
Read more
More posts