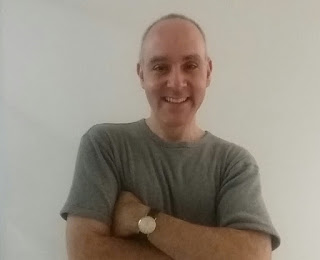 I recently read that Atlanta Falcons owner Arthur Blank was robbed of several items from his home while it was undergoing renovations. Some of the items  include his Apple iPads worth about $2,500 each. While those are some fancy iPads, I'm more concerned about the others items the thieves took off with: Mr. Blank's Rolex watches. Those genuine Rolexes were priced between $56,000 to $120,000.

Obviously Mr. Blank will be fine because insurance is probably protecting him, but there must be sentimental value with those Rolexes and maybe even the iPads. So why should any of us be concerned about this "heist?"

I possess a great deal of empathy. I love vintage watches. Vintage watches are not only sentimental to the owner, but they are jewelry. Thus, when I see a news item like this about someone like Mr. Blank, it "hits home" in some odd way.

The whole "Blank Jewelry Heist" reminds me of what I did with a vintage watch. Okay, it's not a heist, but it certainly sounds better than just "robbery." After my dad died at the end of 2013, I was given a few of his watches. I was wondering if any of the watches could be salvaged. As it turned out, one of the watches was worth refurbishing. While it's certainly far from being a Rolex, Cami and I got my dad's old classic wind-up watch reconditioned at a local jeweler. With a new band, the watch got a second wind.

So I'm guilty as charged with having a sentimental attachment to a watch. As Father's Day approaches, the time piece has an extra special meaning to me. Beyond my father, the watch emphasizes a far simpler time. For starters, it's a wind-up. The watch doesn't have the day, date or year anywhere on its face, but it has a separate second hand. At first I thought the second hand had fallen off the hour and minute hands' axis. No, that second hand has a space all on its own.
My dad's watch harkens back to a time before I was a kid in the mid-1970s when Texas Instruments came out with those plastic digital LED watches. Of course, I begged my dad to get me one from Sears. He caved. I hauled that TI watch for a while until the LCD watches came out a few years later.
Suddenly those jet black digital TI watches were well past their expiration dates. The LCD watches which Casio took the lead on quickly became the standard. Again, I had to have one well before the prices tumbled on the market due to many competitors and well, Ronnie had one. Ronnie was one of those neighborhood kids who always had the latest and greatest gadgets. He was an "Electronic Jones" who was tough to keep up with if you know what I mean. Aside from having the latest digital LCD watch, Ronnie had the best stereo equipment complete with state-of-the-art turntables and high-end pine speakers with woofers and tweeters that would blow any "audiophile's" mind off the map. Ronnie was the first person I ever knew who bought a CD player.

By the early-to-mid '80s, I had to have one of those calculator watches which seemed to do everything in those days. There must have been about 20 buttons on those little things. Yes, Ronnie had one. After realizing the buttons would pop off, I dialed back to the more affordable scaled-down LCD watches for years.  Who knows, maybe by that time I could have cared less what Ronnie owned.

In the past few years when I discovered the beauty of watches as jewelry, I wished to move away from the overloaded digital watches. Don't get me wrong. I confessed to my mother that I wanted a Rolex when I was about 11 so I secretly liked the vintage time pieces all along. Call them "old school," but I like the vintage watches rather than the "computer on a wrist" as we are seeing with the Apple Watch.

Sure, I use a digital watch to check my heart rate and/or steps when I'm out on my runs or riding the bike, but for everyday wear, I enjoy the vintage watches, especially my dad's refurbished watch.
I'm not sure if Mr. Blank had or has any special attachment to his Rolexes, but there is a part of me that bets he has a fond memory or two of at least one or more of those watches, right? After all, Mr. Blank had to wear one of those time pieces when something  great happened in his life. Or maybe he's okay with parting with one or more of the watches if something bad happened when he was wearing one of them like seeing the Falcons lose a key game. Still, I doubt that a bad memory would have been attached to one of Mr. Blank's Rolexes, because even if the football team lost a crucial game, he still had a Rolex on his wrist!

At any rate, I'll just be happy to wear my dad's watch and remember all the good times.