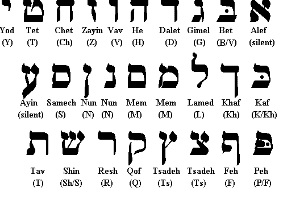 It was in the mid 1970s. My father recently permanently wallpapered and paneled the interior of our family’s modest dingy white aluminum-sided 1950s row-like type suburban Cleveland home. By permanent, I mean the basement paneling was driven into cinder blocks with heavy-duty concrete nails. Father even covered the basement windows which was good to keep burglars out. I liked that idea. The wallpaper was glued to the house's interior plaster with the strongest thickest paste imaginable. There was even wallpaper on the ceiling! I couldn’t make that fact up any day of the week.

When I came home from third grade one day for lunch, I witnessed my father's rugged determination to make sure that damn loudly-blue-green-striped ceiling paper would never fall down. My father was successful in making sure that these "enhancements" were never going to fade away. In other words, like many dads who cared about their household projects, my dad was quite thorough. Okay, obsessive is a better word, but really, did these home improvement have to survive nuclear war?
Dad's hard work paid off because those gaudy 1970s home improvements survived my mother's cigarette smoke, all of the children's high school and college graduations, dinner fights, and basically the rest of the 1970s, the 80s and into the early 1990s when they sold the house after 31 years. "Lord help the folks who bought the place," I thought to myself.

When I walked through the house for the last time and saw the ceiling-papered kitchen, formica countertops and linoleum floors, I'll never forget the day that my mother was on her Ohio Bell-issued black phone conversing with someone as she sipped her saccharin-laced Maxwell House instant coffee from a Corelle Ware cup, smoking her Salem Menthol cigarettes. As she dumped the ashes onto the green-laced matching Corelle Ware saucer, she just nodded at the person on the other end of the phone. When she slammed the huge black heavily-corded phone receiver into its shiny cradle, she looked at me in disgust.

"You flunked Hebrew school!" she yelled, while lighting another Salem Menthol using the stove’s gas-top’s flame.
"How can I flunk Hebrew school?" I asked.
"I don't know, but you managed screw this one up!" she replied.
Oh, my ever-sweet mother who had no trouble being blunt.

My mother's Russian-born father used that same technique to dominate the victim of a rant.

It was my worst nightmare come true: stuck again for another school year for an hour and fifteen minutes twice a week with the evil Mrs. Segal, a mean-spirited aged woman with a receding hairline, facial hair and moles that would rival anything Mikhail Gorbachev would show off to the world a few years later.

I was lumped in with Jeremy Greenwald, a class clown from a ritzy nearby suburb who used to open up Hebrew school bus gas tanks and pee in them. With all of the issues that we had with oil over the years, maybe Jeremy had some good ideas concerning alternative energy. Actually, Jeremy would up doing something far more important: cruise ship comedian. Hey, someone's gotta laugh as they're contracting Legionnaire's Disease.

The bad news of my Hebrew school horror upset my father who was even more disgusted with my failure. It was worse for Jeremy's family who came from Israel.

My lack of Hebrew school motivation translated into me missing the after-school Hebrew bus on purpose on a few occasions. I somehow convinced myself that I didn't see the bus and wandered from the public school campus to my friend's house.

Never before, during or since that year have I held so much contempt for Hebrew school. And never have I despised anyone as much as I despised Mrs. Segal, who I still believe to this day, was the biggest bully that I ever came across in public and Hebrew school. Some would say that Mrs. Segal acted that way out of love. I would think to myself that she was miserable.

Suddenly Mrs. Segal approached, all 5 feet of her towering over me.

"Vhere is your paper, Crowbart?" Mrs. Segal queried in her thick Russian accent.
"I didn't do it," I replied.
"Crow-bart, I'm going to keep you here until you do that worksheet and then I will drive you home!" Mrs. Segal shouted.

Now that my worst nightmare was coming true, this incident to me was the final straw. I could not take it any longer because there was no way I was going to get into that smelly old orange Chevy Vega - with that monster. I did the worksheet while protesting.

After things didn't look good for me in Mrs. Segal's class, I committed a horrific crime: I dropped out of that Hebrew school. Yes, at only 10-years-old, I was a Hebrew School Dropout. I was crushed because I let Dad down. I felt like an unappreciative brat like Jeremy's classmates in his district's tony public schools which offered up lunches featuring Kobe beef sandwiches, long before anyone knew about Kobe beef. At that time, the suburb was filled with spoiled kids who drove the latest Camaros and sported authentic Frye boots.

Even with disgust fresh on his mind towards me, my father didn't give up on my Hebrew education.  He enrolled me at an area synagogue to finish my Jewish studies. Maybe a fresh start would do me good. Well yes, for the most part, but I had one class at the synagogue with -- Mrs. Segal!

"Ah, Crowbart Ne-bell," she said to me in a female Dr. Stranglove-with-a-Yiddush-twist-tone. "We meet again."

I will never forget that evil smile which was long before Dr. Evil.

Luckily the class was a small part of my agenda during my fifth grade year. As she would take roll each week, Mrs. Segal would say all the other kids' names in alphabetical order with such a pleasant tone, until she got to me.

"Harvey Lee," she said with a wide grin that was decorated with her mustache and then my name came up as she read from the card. "Crowbart Ne-bel!"

I was equal parts horrified and delighted as she smacked the card down because I was doing well at this new synagogue and she was there to witness it.

Not terribly far after that time, I had the Bar Mitzvah and officially left the synagogue.
My uncle at the time asked me if I was ever returning and when I said, "No," he yelled out "No nukes" over and over - yes, still don't know what that meant. To this day, I have no idea where that uncle is or Mrs. Segal. However I do have dreams of my uncle riding a missile and Mrs. Segal plotting to drive innocent kids in her Chevy Vega.