Imagine a unified transportation system in the ATL 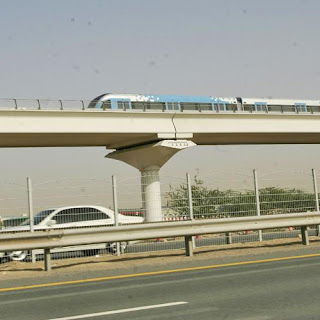 I have another great shout-out here. The Atlanta Journal Constitution newspaper's Jim Galloway produces the incredible Political Insider blog. In the most recent entry, Galloway reports that some area leaders are re-thinking the Atlanta area's mass transit plans and overall structure. The idea is called the ATL which would be a unified multi-county transit system. 'ATL' has not only been a symbol for Atlanta, but would also stand for Atlanta Transit Link.

While Galloway goes into a few specifics about how the ATL could work, but in the end would this re-structuring/re-branding become the solution to our transportation woes? The idea of unifying governments and leaders to work towards a common goal could result in improved transportation planning. As many of us know, a lack of a cohesive partnership between all of these metro area governments is a nugget as to what created the traffic woes.

My personal vision for an ATL system would be the obvious expansion of the MARTA line that has ended at Doraville for years. That line would go to the Gwinnett Place CID, parallel I-85 well up past the Sugarloaf Parkway area. I would hope that another line would splinter off and follow Highway 316. In my neck of the woods, I would like to see some type of rail run from the Doraville station, run up north on Peachtree Industrial Boulevard to the Buford area and yet another line that would go up Peachtree Parkway all the way to Georgia 400 in Forsyth County. Yes, that sounds incredibly insane, but would an Atlanta Transit Link system make that dream become a reality?

I mentioned in the previous post about the need for developing a system for the millennial set. While that is true, there is the rest of us. Let's make no mistake that Baby Boomers are staying in the area, retiring and would like to downsize. Developers need to think about live/play options for retirees. If retirees could have their townhomes, grocery/retail shopping and rail transportation within a small area, life would be good.

For most of us, life would be great with a unified transportation system.