The dog days of July 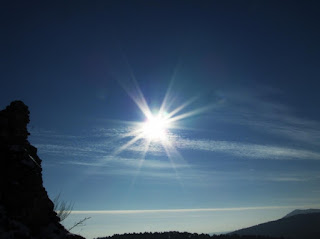 I must confess that we no longer have the Dog Days of August in the Southeastern United States. Those days eluded us when we decided to send our kids back to school in early August. It's hard for our brethren up north to understand why in the world we send our kids back to school not terribly far after the conclusion of July. The advantage here is that the kids at least go back into our air conditioned environments rather than deal with all-day outdoor activity in August when we're dealing with high heat indices. It's no secret that in many states, the kids don't go back to school until after Labor Day and end their school year in mid-June.

As of this writing, the kids return to school in a little under three weeks. That three weeks will seem fast when that second week in August hits, but at this moment, it's going slow for those of us who did not go on out-of-town vacations. Somehow that outdoor heat slows everything down. Typically we experience that feeling in August, but with kids in school, that puts us in a different psychological realm. Thus, we have the Dog Days of July.

Certainly it helps to think cool thoughts, but that's tough when doing anything outside. As the weather and health experts say, do all of your activity before things heat up which for me would be about 10 a.m. on a hot July day. I'm puzzled why anyone would take a run in the dead of the afternoon. That choice seems like pure punishment - not to mention the exposure to our intense sun and bad air.

What's a Southeastern U.S. resident to do when the temperatures soar above average in July? Mall walking/shopping is one of the most obvious choices, but let's remember that the malls are designed for inspiring us to buy things that we pretty much do not need. After exercising indoors, many of us indulge in catching up on shows that we did not get to see or viewing some great new material on Netflix or over at Redbox. Cami and I finally got the chance to rent the 2014 Craig Johnson film The Skeleton Twins. We both agreed that former Saturday Night Live players Bill Hader and Kristen Wiig are good serious actors who have barely scratched the surface of their abilities in this film. In other words, both Hader and Wiig have bright futures with their acting careers if they keep landing good roles.

At other times during a month like July, I have been watching The Tour de France. While I'm not someone who views sporting events for long periods, I'm fascinated with this event and see it whenever I am able. Who knows, I might be the only one who likes watching 'The Tour.' 'The Tour' has had a number of inspiring stories and its own controversies. This year, many eyes have been on Colombia's Nairo Quintana who came from the rugged terrain of that conflicted nation. According to a Wall Street Journal feature, Quintana didn't get on a bike until age 15, when he had to find transportation to school which was 10 miles from his house at the time. After a brutal fall, Quintana began wearing a helmet and rode competitively. After winning races, Quintana would take prize money to upgrade to better bikes. Even though Quintana is not grabbing the spotlight like 30-year-old British leader Chris Froome, it's fun to root for someone who is working hard to bring the yellow jersey home one day.

Let's not forget that we could have it far worse in July in the Southeast, but in the meantime, do what you need to do to stay cool - even if that means praying for rain which brings cooler temps. Of course, do not pray too hard because we could end up with too much rain like what's currently going on in India. Indeed it's a bummer to engage in our form of "Cabin Fever" by staying indoors and breathing in that artificial air known as air conditioning. Our poor A/C units probably have another eight or more weeks to keep chugging along. We seem to have a decent overall power grid to handle the summer A/C demand unlike in other parts of the nation where rolling blackouts may occur.

Since we are in the Dog Days of July, I would say do what you need to do to beat the heat.