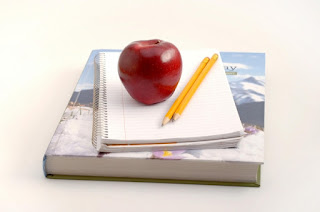 It’s that time of year again when all of the school fees pile up just on the heels of the tax-free back-to-school shopping weekend. Trust me when I say that there’s no such thing as a free lunch in this or any other town these days. Whether it’s school, using certain public parks or driving on toll roads, it’s far easier to stomach the term, “fees” to generate revenue rather that the term, “raise taxes.” Thusly, I certainly don’t blame anyone for instituting fees - it’s just that so much happens at this time of year with property tax notices in addition to insurance premiums for some of us out there. Indeed mid-August has become one step forward, two steps back. Does it ever get any easier? Kind of doubt it, right?
If you’re in for some wholesome entertainment mixed with a bit of an edge, look no further than the 2012 Matthew McConaughey ‘vehicle’ titled Mud. Like all films that I bring up, I cannot give away too many of the plot points, but it’s a great story set in beautiful sections of Arkansas. The Natural State takes a lot of heat from our culture, comedians and high society, but Mud captures some spectacular beauty. Equally, just like many states in this nation, there is a lot of poverty north and south. The film shows plenty of those depressed areas of Arkansas as well. Like most of McConaughey’s performances, there’s no doubt that he delivers, but the two young teens (actually older teens at the time of filming, now adults) who play a central role in the film -- steal the show. Both Tye Sheridan and Jacob Lofland play two boys who befriend a fugitive named “Mud (McConaughey).” Hopefully Sheridan and Lofland have grand futures ahead of them because they show good acting chops in Mud.
I finally got around to viewing Chef earlier in the week. This is a delightful film which was released last year starring Jon Favreau who made his mark as a co-producer, writer and co-star of the 1996 Vince Vaughn classic, Swingers. With Chef, Favreau again takes on the role of writer and star examining the struggles of working in the food world. I’ll give some plot points away here for the sake of conversation, but there are some surprising details within the story which I will not divulge in this space. Favreau plays divorced chef Carl Casper who walked out on the restaurant owner who had been employing him (Dustin Hoffman). With the help of his ex-wife (Sofia Vergara), Casper finds his true passion as the owner of a traveling food truck. Just like Mud, Chef features a young promising actor in Emjay Anthony who plays Casper’s son, Percy. Unlike Mud, Chef does not put a spotlight on nature, but more than makes up for it with unbelievable amount of mouth-watering food shots courtesy of trips to Austin, Texas’ Franklin Barbecue and New Orleans’ Cafe du Monde.
So after paying all of those yearly, weekly or daily “fees,” give Mud and Chef a look.