We're wasting too much food 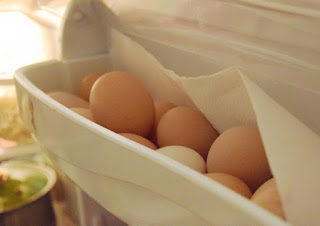 While  the recent run-up to the presidential debate took place this past week, something else occurred well under the radar. This type of thing happens when something as big as a massive debate steals the headlines. After all, that second Republican Presidential Debate contained a number of fiery exchanges so who could resist not paying attention? It's easy to be distracted from news that is off the grid. Apparently the United States' Agriculture Secretary Tom Vilsack came out with a staggering report on food waste. It's not pretty, folks. Vilsack said that an estimated 133 billion pounds of food is wasted each year, enough to fill Chicago's Willis Tower.

How did we get here? Well, we're all the blame. Let's face it, no matter how hard we try, it's tough not to throw food out to the landfills where it creates an undue amount of methane. I wonder who wastes more. For large families, obviously more food is purchased and consumed, but is all the food gobbled up or is there are great deal of waste? For small families like mine, we can certainly waste quite a bit since we cannot eat produce and dairy (consume little of that, but cannot resist that Gouda!) quick enough before it all goes sour or wilts. Trust me, I try to beat those natural expiration dates on the produce and dairy, but it's challenging.  Still, expiration dates on many good are simply suggestions. I recently read that one can let milk go sour which can become excellent substitution for butter milk. If certain produce like lettuce or kale wilts, one can bring them back to life by dunking them in ice water.

What about meats? My family consumes little meat, but when I buy them, they go straight to the freezer if I'm not cooking with meats that day. Indeed big and small families can freeze meats, but they have serious expiration dates on them. There's a plethora of information out there as to when frozen chicken, seafood and beef go bad.  Eat meat past its expiration and one can get sick. Experts say it's best to through meats out if they are past those dates.

Speaking of expiration dates, always look at those printed on the boxes and cans. Certainly you can go past those dates and consume them, but I would say if you're over six months past the expiration date, then toss the contents and recycle the box and cans. I once had a bad time with Mac 'n cheese which I discovered was years out of date. I doubt I made Mac 'n cheese from the box ever again after that incident.

Our houses aren't the only places where food waste is happening. Schools, restaurants, farms and grocery stores  are also part of the food waste system.

After issuing his report, Vilsack's department with the Environmental Protection Agency as well as food banks are doing what it takes to reduce food waste by 50 percent by 2030. Through several initiatives and education, perhaps there will be quite a reduction in food waste and most of all, methane.