Showing posts from December, 2015
Show all

Vladimir Putin 2016 calendar is in! 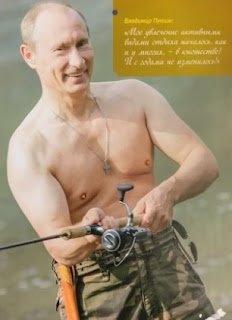 We are about to enter into 2016 as I write this and for the first time in a while, I do not have an old-school calendar for the upcoming year. I this moment, I am pondering the purchase of a Vladimir Putin 2016 calendar to hang on the kitchen refrigerator. Of course I’m jesting because I doubt anyone in my household would be thrilled with seeing Vlad shirtless every morning. Still, there are Vlad fans out there like businessman/presidential hopeful Donald J. Trump so it’s more than certain that there are plenty of folks out there who are clamoring to order the new Putin 2016 calendar. Check out this story right here.
Post a Comment
Read more

- December 28, 2015
December 2015 has been a wild weather month. Who knew that we would be wearing shorts on a warm, muggy Christmas Day? El Nino has been visiting the continental U.S. wreaking strange weather in our neck of the woods and tragedy in Texas with powerful twisters. Of course being in winter means that what goes up must come down. We experienced temps in the mid-to-high 70s on Christmas Day and by New Year’s Day, a 30 degree difference – that’s enough to mess with anyone’s system making them sick. With a crazy December, will we see a January, February or March to be the opposite? I cannot help but think back to the winter of 1993 when one week folks were out in the parks and the next week, we were under nearly a foot of snow in some places. Of course, the March 1993 Storm of the Century quickly thawed ushering in a warm spring and stifling hot summer. After this ‘spring preview,’ there’s no doubt that we all need to be prepared for the temperature drop and possibly wintry weather in the
Post a Comment
Read more

Why are things so symbolic to me at the end of the year? 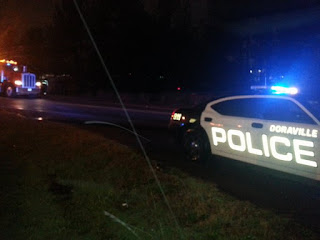 Photo from Fox 5 Atlanta's Twitter page As I was heading to the train station on a rainy morning, I came upon a scene where a fuel tanker truck ran off the road. The scene was quite a brouhaha for the small town of Doraville, Georgia. City police cars lined both sides of the road with their flashing blue lights penetrating the morning darkness. Cars with those deep red brake lights were starting to back up on the roadway. Even the local FOX television affiliate was on the scene complete with the reporter explaining the accident to viewers over the hum of the TV trucks’ running idle motor while the light rain pelted his station overcoat. Of course, the authorities were waving us through the tanker accident area with the ole, “move along, nothing to see here folks” on their minds. Since it was dark and rainy, I kept my eyes on the guys and gals ushering us through because, A. I just wished to get to the train station and B. I didn’t want to run them over or heaven forbid,
Post a Comment
Read more 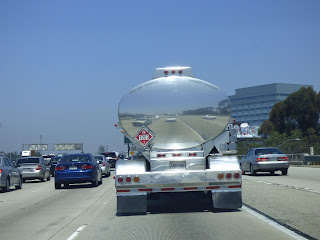 It's true, I don't get out much. It's been a while since I hopped in the car to drive to another booming metropolis. After six hours on the truck-infested interstates to get up to the Greater Louisville, Kentucky area, I was met with Atlanta-like traffic. What shocked me was that I was not shocked. After all, isn't mind-boggling traffic supposed to happen only in places like Atlanta, LA and Miami? Apparently I'm quite wrong because traffic is everywhere in the big city and guess what, beautiful Louisville is no exception. Obviously there are a lot of folks in vibrant Louisville, KY - which by the way is nestled on the Ohio River . I am simply blown away by the area's beauty. So yes, "traffic happens so get over it!" I say to myself. I'm trying to tell myself that more these days as I deal with traffic in the ATL which gets worse by the second. On one hand, I'm angry with how much time I spend in my car and on the other, I cannot do any
Post a Comment
Read more

Will a penny or a ha' penny do? That's the question going into 2016 and beyond 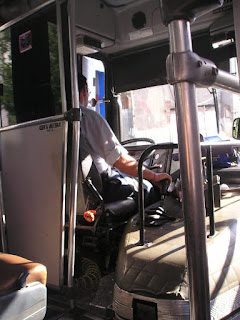 It's well-worn knowledge that the Atlanta metro area is chock full of 'Peachtrees,' but it's Peachtree Road that's been grabbing the attention lately. The congested corridor that runs through the heart of Atlanta's Buckhead community is a nightmare. Scores of serious accidents occur on this road due to poor traffic planning. Throughout much of this year, there have been many folks who proposed to do something about re-designing Peachtree Road to help with congestion and reduce accidents. The Peachtree Road plan seemed to contain a great deal of common sense, but it was defeated mainly for the fact that bike lanes would be installed along portions of the road. Those who resisted this plan felt that the road is narrow enough and taking away space from cars would add to Peachtree Road's traffic headaches. Bicycle lanes on Peachtree Road were just one small part of the project. A two-way turn lane in the center of the road along with resurfacing/repai
Post a Comment
Read more
More posts