Don't Let The Beckinator Leave or 'The Case for Glenn Beck to stay in the U.S.' 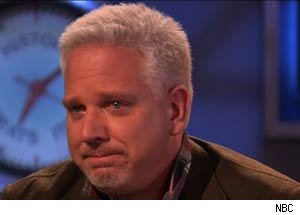 There are has been some tragic news this week. Glenn Beck says he is preparing to leave the U.S. for Israel. Hardly Knew Ye!

Glenn says that he needs to get to Jerusalem so that he can broadcast from there before the U.S. shuts down his operation. Is Glenn guaranteed broadcast rights in Jerusalem? Inquiring minds would like to know.

Yes, there are folks out there saying that they will help The Beckinator pack. Others will say, "Delta is ready when you are." No! Glenn doesn't get out that easy!

There is hope left at the moment. Glenn feels that current presidential candidate/ U.S. Senator from Texas and former Blockbuster Tape Rewind Manager Ted Cruz will protect The Beckinator's media operation if elected president. This is why Glenn endorsed Senator Cruz. Stay tuned because this will get interesting.