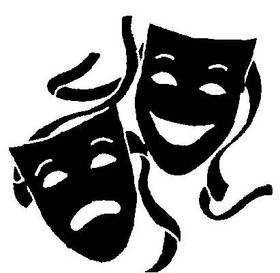 It’s beyond no secret that 2016 has started out rough in a few ways. With the passing of musicians/songwriters/actors David Bowie and Glenn Frey along with actors Alan Rickman and Dan Haggerty, the unfortunate news gets one to thinking about life in general. On the surface these were all famous men in their late 60s/early 70s, each one who courageously battled a form of cancer or in the case of Mr. Frey, a mix of complications.
For many the news of so many well-known people passing within days of each other is a shock. Even though most of us did not personally know any of them, they touched our lives through their crafts. We remember where we were when we heard the sounds of David Bowie and Glenn Frey at home when we bought their music or in the car. For me, I can never forget hearing Bowie’s “Fame” for the first time on the way to attend yet another one of my big sister’s theater rehearsals. I never heard anything like that on the radio before or after for that matter. Then there was the first time I heard The Eagles’ “New Kid in Town” on the way to grade school. Glenn Frey’s vocals on that track are forever imprinted upon my personal life soundtrack.
Whether it’s Bowie’s “Changes” or Frey’s “The One You Love,” they left their mark on our lives. This is why people like me paid to see them in concert years after their singles were on Top 40 radio. We connected with their music and wished to get a piece of it by seeing them perform the songs live. Well over 25 years ago I saw David Bowie on a greatest hits tour. I wished to see his ‘Glass Spider’ tour, but it didn’t come to where I was living at the time. Certain folks panned it, but from what I read, it sounded fascinating. The greatest hits were just fine, but I only wish I could have seen David Bowie in the 1970s. Thankfully the artist loved being recorded and has left this world with a plethora of concert, performance and concept videos. We’re also thankful that Bowie produced one last project as a gift to the world with the critically acclaimed Blackstar.
With Glenn Frey, I will never forget how perfect he sounded in concert. It was more than just the pop songs being performed live, they just sounded better and were well worth the price of admission. It’s no wonder that The Eagles sold out their concerts even after they reunited in the 1990s and beyond. Yes, the audiences wanted to hear the classics again and again to rekindle those memories, but still The Eagles came back together to produce a huge new project titled The Long Road out of Eden. Even though the timeless songs like “Hotel California” dominated the shows, the band wanted to give the public one last new package on their reunited run and of course, they delivered.
Actors leave a mark upon us as well. Many remember actor Dan Haggerty in The Life and Times of Grizzly Adams and the subsequent television series. Looking back on it now, that was the first time I can recall an ‘eco-friendly’ character on television. Even though I was not totally into the Die Hard film vehicle, I felt the best part of it was Alan Rickman’s role in the first in that series. Rickman was unbelievably convincing in that role, his character left scores of theater-goers leaving the auditoriums in an unsettled state. If one can do that, then he or she has gone beyond achieving his or her goals as an actor. I also wasn’t terribly into the Harry Potter series, but saw some of the films in which Rickman more than delivered again. Rickman was an accomplished theater actor as well as director.
David Bowie, Alan Rickman, Dan Haggerty and Glenn Frey were more than performers. They inspired millions. How many out there have been inspired by Alan Rickman to get involved in theater and perhaps one day do well at the craft? How many intensely listened to The Eagles and decided to take a shot at songwriting? How many decided to pick up a guitar, form a band, create music videos or get into fashion like David Bowie? Certainly one could argue that in their personal lives, all these men lived life in ‘The Fast Lane,’ but I’m not highlighting personal choices here. I never claim to know any of them personally. What I do know is that they all helped to change the world for the better. After all, isn’t that what life should be about? Finding the world and contributing to make it a better place?