We can do better to prevent road tragedies 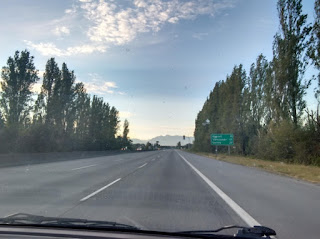 A runner hit and killed while in a crosswalk. A cyclist hit and severely injured on a side-street. A motorcyclist struck and killed on a massive thoroughfare. A young driver and his young passenger attempting to make a left on a highway hit and killed by an oncoming vehicle. These are just a few of the tragedies that have plagued the Peach State in recent years on its winding, challenging roads. According to recent numbers, there has been an uptick in traffic accidents involving vehicles, bicycles, motorcycles and even trains. Almost 1400 people have been killed on our roads in the past year. That number is close to 20 percent over the previous year.

How did we get here? Is it all distracted driving, inexperienced drivers, DUIs, bad road design, poor traffic signals, driver error or all of the above? Those who are experts on road travel don’t have a one-size-fits-all answer, but they see the rise in accidents paralleling the use of smartphones. Another disturbing finding  that officials are seeing is the lack of seat belt use. That’s a tough one to stomach since there has been about three decades of folks using seat-belts without thinking much about its use. Those statistics back up that a majority are still using seat-belts, but there is an uptick of those not buckling up. Why? Perhaps it was easier not to buckle up back when there were fewer people on the roads and the fact that our road system was a bit quainter compared to today’s “super-roads.” Oh yes, we can make our vehicles go faster in shorter time spans.

What should have been prevented is the runner who was recently hit and killed in Gwinnett County earlier this month by a drunken driver. A 56-year-old runner who was a veteran of the activity by competing in scores of marathons and races was struck and killed by a drunken driver while running in a crosswalk. As someone who frequently hits the pavement as a runner, this tragedy more than hits home. Here was someone dedicated to a healthy physical activity who followed all the rules and still, became a victim of a person’s irresponsible act. It’s disgusting that people who do all the right things in life are suddenly taken from us. Lives were once again shattered and we know this will happen again. On and on it goes. Certainly the drunken driver will face justice, but as the cliché goes, it will never bring the victim back nor lift the sting of losing a loved one.

Obviously we can do better to reduce tragedies by limiting the use of smartphones and buckling up, but is it enough? And we’re emphasizing the word “reduce,” because obviously there is no way that any of us have the ability through physical acts or laws where tragedies happen - can be eradicated. Still, through awareness, legislation and of course responsibility, it’s worth preventing even one more tragedy.