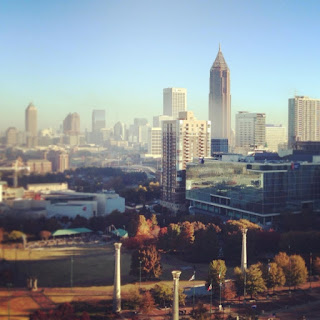 I just came across an online article about someone who came up with today’s costs to live in the home depicted on the late 1980s/early 1990s situation comedy Full House. Now that many of the characters have been resurrected on the Netflix’s program, Fuller House, PopSugar figured out how much it would cost the Tanner family to live in that same house in 2016. The price tag is a whopping $3 million. The early 1990s cost to be in that same house was around $440,000.

Now everyone knows that the city by the bay has always been expensive, but over the past quarter century, its costs have skyrocketed. Speaking of San Fran, I caught the last half hour of San Andreas, the wannabe Dwayne ‘The Rock’ Johnson disaster thriller set in that city. San Andreas depicts the ‘perfect storm’ with San Francisco getting hit with super-earthquakes and a tsunami never before seen. The channel guide gave the film two stars so right there that’s being generous. Perhaps if the film was marketed as a comedy, it would have received more stars. Indeed the digital effects are spectacular, but seeing AT&T Park collapsing and the city drowning with water levels reaching beyond the 10th floor on some skyscrapers, I just had to laugh.

Or maybe I shouldn’t laugh. Maybe the folks who put San Andreas together know things that we do not know. Maybe the 2015 film is a premonition for worse things to come for San Francisco. I’m wondering if this film was ever shown in San Francisco. One thing is for certain, San Andreas is not a great film for their tourist industry.

Which brings me back to the Atlanta metro area. Yes, the ATL can get pretty bad weather in the form of strong storms/tornadoes, ice storms and bad heat. Yes, the ATL has awful traffic. Here’s the thing: the ATL is affordable compared to cities like San Francisco. Certainly San Fran is wonderful to visit, but live there, it seems like you have to be in the ‘tech club.’ The ‘tech club’ is where one has a high-tech job that pays astronomical sums of dollars which get quickly spent on the high cost of living in that city. In the ATL, living and working here is doable. Plus, there’s much to boast about in Atlanta. According to the city’s stats, Atlanta is one of the top 10 U.S. cities for foreign investment, resulting in 130,000 jobs. Atlanta ended 2015 with $142 million in reserves, property taxes have not been raised in four years. Atlanta has the highest concentration of Fortune 500 businesses. Felony crimes are the lowest since 1969 in the city. The best part is that Atlanta hired more police, firefighters and reopened youth recreation centers – all the while protecting pensions, indeed loads of controversy, but had to make tough choices.

Yes, the ATL is far from perfect. Indeed, there’s political corruption just like anywhere else. Recently we have seen the spate of stories of high-speed police chases ending in tragedy. Furthermore, like other big American cities, we’re seeing a heroin problems not in the cities proper, but in the more affluent suburbs. Still people from all walks of life have a greater chance to make it here due to far fewer barriers than one would expect in larger more expensive places.