Spring has sprung once again 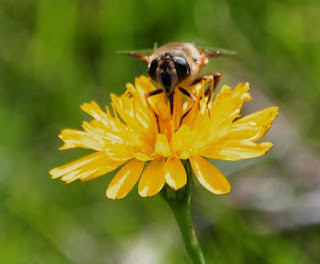 I'm not sure about you, but this spring-like weather lately kind of took me by surprise. It's probably safe to assume that spring is basically here. Here we were cranking the furnaces one week and now we are on the verge of starting up the AC units.

I seem to have somewhat of a long-term memory and methinks that the forecasters were calling for a cold, wet winter which could only spell ice-storms and or snow-storms. Admittedly as of this writing we are officially into the latter stages of winter for a few more weeks - so could something still happen? It's doubtful since the next few weeks still look spring-like.

Of course where I grew up on Ohio's North Coast, we would get teased with spring in early March only to deal with one last blast from winter which could last another week or two. From reports up north and seeing the candidates spill into Ohio for the Ides of March (March 15) primary, things are looking mild in the Buckeye State at the moment.

I think I was over snow by the time I was about 13. By that time in my life, I already had about six-plus years of snow shoveling under my belt. I'm not talking about easy shoveling either - this was tough, ice-laden driveway snow mixed with that heavy, dirty street snow in which I regularly removed with precision from the time I was in second grade. Trust me when I write that the process got old by the time I got to junior high school. Luckily, the snow shoveling chores became more seldom as I worked and then finally, I left Ohio's North Coast many moons ago.

Back in the northern Ohio days, I would breathe a sigh of relief when a late February/early March thaw would occur. On many occasions that euphoria was brief as Old Man Winter snowed on my parade - er, driveway. The payoff was when spring permanently arrived. I'll never forget those scenes of snow piles melting away, water trickling down the sidewalks, streets and driveway. There was also this wonderful smell in the air that made one feel that everything was going to be all right, a spring peace if you will. Don't get me wrong, because there was winter peace after a fresh blanket of snow would make one feel all fuzzy and comfortable when inside during the month of December.

We return to spring here in the Southeast. At the moment, I can safely write that overall, it was a mild winter for us and for Ohio's North Coast. Here's hoping that we will have a quiet spring, but I'm always afraid that we'll be dealing with a payback in the form of nasty spring storms. We already had some spring-like storms in the latter half of this winter - so I'm hoping it's not a sign of worse things to come down the pike.

As evidenced with the winter, forecasters are never 100% accurate. Thankfully we didn't experience a Snowpocalypse this time around. What's to come? Will we turn out to have another drought or all-out flooding this year? Only time will tell.