Are you getting 'summer cabin fever?' 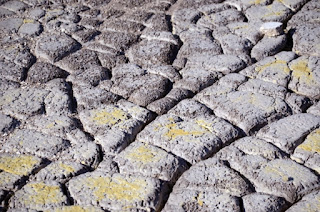 Summer cabin fever is the worst. There, I wrote that fact and I'm concerned. Let's admit the fact that many in the U.S. this summer have been staying indoors way too much due to the massive heat dome in which we are entrapped. Here in the Southeastern U.S. this awful weather is expected, but this summer is incredibly bad for us. We are setting records this summer. The latest record is our average temperature is 92.5 degrees Fahrenheit. We are in line to beat the summer of 1980 for the highest average temperature and as of this writing, we should have no problem beating that record. Well, at least Atlanta is winning at something because the baseball is not at the moment.

It's frustrating, but there are few options to beat the heat. We can hydrate, find shade, wear light clothing and fan ourselves, but no matter what we do outdoors, we cannot win. Ultimately the cool indoors pull us back in for refuge.

Whenever we go through these unbearable summers, I ask myself how folks dealt with these conditions many years ago. Some might say that with climate change, back in the good ole days, folks didn't deal with these conditions. I'm not buying that one. These oppressive heat and humid conditions have been around since Day One of this planet.

I'm thinking that as humans developed technology like air conditioners, we evolved right along with them to the point of uber-dependency. Just like the cold months when we need to stay inside with our furnaces, we have become more accustomed to air conditioners so going outside these days is almost inhumane. It should not come as a shock that folks handled the heat better in the 1930s, 40s and 50s. In fact they handled the heat and humidity so well, these humans operated in 100+ degree heat  -- all dressed up and plenty of places to go like window shopping and church! Obviously the men had it worse with full suits and ties while the women were typically in dresses. Hmm, no wonder life expectancy was lower for men in those generations. Well, that theory holds true today, but for other reason.

Let's not forget that the brave folks who built things in those days. How in the world did they do it? They are all heroes in my book. And yes, today, we still have millions of heroes who work outside in oppressive heat conditions.

Too much of the air conditioned indoors is not good for us in the United States. Just like winter cabin fever, we tend to eat more, binge watch and view live video feeds of cheese tables - like I'm doing right now. During the past two weeks, CBS TV's The Late Show with Stephen Colbert has been streaming live video of locked down shots from the venues where the political conventions have been held. One day, Mr. Colbert's staff presented a locked-down live shot of a condiment station at the Republican National Convention in Cleveland. The comments from me were flying of the shelf. Yes, I officially need to get a life.

The point is we are coddled with air conditioning these days and guess what, we like! Why not? For those of us who are able to consistently seek refuge in air conditioned places, we are truly lucky and again, thank you to all the brave people who work outdoors.