Should membership have its privileges? 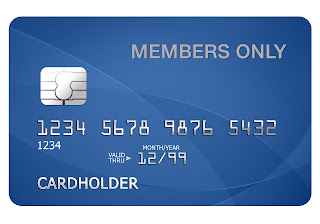 Remember the old saying, “membership has its privileges?” A certain credit card has been using that slogan for years. The slogan makes the credit card user feel special, like belonging to an exclusive country club. There’s no doubt that the slogan has been working for ages. The advertising guru who created that campaign no doubt found his or her own success in life and most likely joined some exclusive clubs. The idea behind that car was that for an extra price in the form of an annual fee, one could own a special credit card that made the user feel superior to his or her own fellow credit card users. Those who enjoy those privileges have been able to rack points in the card’s own reward system, earning plane tickets or points going towards merchandise.

Since that time, membership having its privileges has been extending to all walks of life. The idea expanded twenty-fold with hotel priority club memberships, restaurant point club memberships, merchandise warehouse memberships and premiere frequent flyer clubs on just about any airline. Even on the roads in many places, automobile drivers have been able to buy a special device to ride in an exclusive express lane and pay sliding fee scale tolls, bypassing the regular folks stuck in traffic.

The most recent encounter with a “membership having its privileges moment” was something that I witnessed at the movie theater. Remember movie theaters? Indeed they still exist and they have been creating many schemes to keep themselves in business. From serving up gourmet foods to beer and coffee, theaters are doing what it takes to survive during the past few years. Before those expanded culinary and beverage choices, theaters have been offering their own carded membership clubs where one earns points with every visit. Eventually the movie theater member earns a free ticket with that special card. Obviously the free membership cards take a long time for the user to earn a free ticket. The annual paid memberships get the user to the free ticket far sooner.

Recently a certain theater chain created a priority line for paid members. I’m a member and quite honestly, the express line makes me feel special. Yes, that’s pathetic. So, here I am in line with Cami ready to see a film and the ticket agent kindly told the “regular theater-goer” step aside to serve us special members. Admittedly the “film lemming” exclaimed that the whole thing was “ridiculous” since two customers were waited on before him. Cami let him slide in front of us. The box office agent replied that he was just doing his job.

On the one hand, I understand that it’s not good to create a “membership has its privileges” society, but if one works hard and is able to upgrade in life, why can’t he or she celebrate the achievement? I’m torn. Semi-retired talk radio host Neal Boortz is never torn on this issue. The talk-master is one of these people who solidly believes that the achievers deserve to celebrate their accomplishments as much as possible. Whether it’s a state’s car express lanes or an exclusive membership club, Neal believes that if one works hard, then he or she deserves the special treatment.

So, was this movie theater incident ridiculous? Is it right for those who are not members to deal with more hassle in life? Are we creating a “class system” where if one does not pay to play, he or she is treated like chattel in society?