A November to remember in 2016 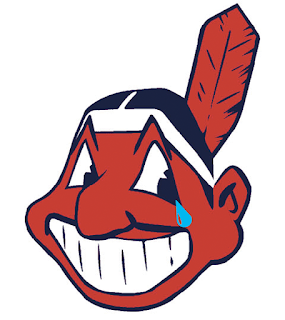 What a way to begin November. During this month's first week, we were still experiencing record highs in the 80s. Those temps are set to end as the bottom will drop out leading us to feel highs in the high 60s/low 70s with more intense dry conditions. It's no secret that the drought has and is going full force. While this drought rages on in Georgia, we are reminded that more burning bans are set in place.

As we have been dealing with these balmy temperatures, one would have thought Halloween's trick or treat events would have been huge. These days in my neck of the woods, trick or treating has become quiet. It's been a long time since I recall even a moderate turnout on Halloween. Times have certainly changed.

As we eat the leftover candy, every minute sweeps towards Tuesday's Election Day.  The political ads have been plentiful along with the back-and-forth attacks. The good news is that early voting has been a success throughout much of the nation and more importantly here in Gwinnett County with excellent voter turnout at more than 90K. I confess that while there were lines, the polling place I voted at was quite efficient.  Election Day nears and hopefully soon, this nation will know who will be its chief executive come January 2017. It's no secret that the 2016 presidential race has been a long one. Some folks out there have been lobbying to make these ultimate political seasons far shorter. If that would happen, where would all the excitement be in this process? On the 2016 ballot, we are faced with some questions, the biggest one being the first question about the governor's signature proposal known as the Opportunity School District idea. The OSD is a plan that would be put in place for so-called 'failing schools.'

There is another tear in Chief Wahoo's eye this autumn. The Cleveland Indians fell to the Chicago Cubs in the World Series' seventh game. For those not in the know, I grew up in the Cleveland area watching their professional sports teams struggle. Some years the football team came close to a Superbowl appearance and others, the baseball team held some promise to get to the Major League Baseball playoffs. It wouldn't be until 1995 and 1997 when the Indians won MLB's American League pennant sending them to the World Series in those years, but they fell to Atlanta and Miami respectively. The Cavaliers basketball team had some "hot" years in the 1970s, but nothing came close to this year's crowning achievement thanks to a solid team and of course, its "ace leader," Lebron James, an amazing talent who calls nearby Akron his hometown.

2016 for Cleveland has been a better year than most as it played host to the Republican National Convention and the Cavaliers basketball team which earned an NBA Championship. Simply hosting a World Series event put the cherry on top of a sweet cake, but it would have been sweeter if "The Tribe" won the "whole enchilada." I'm sure it's disappointing to those who are die-hard fans, but it looks like the Indians will be contenders for the next few Major League Baseball seasons.

The Colonial Pipeline disruption was quite a hassle for us in the South and Eastern U.S. during the summer. A nearby explosion to the line in Alabama caused yet another disruption in early November creating more angst at the pump.

With roller-coaster temperatures, water and gas shortages, burning bans and an exciting World Series, November 2016 is already one to remember.