Showing posts from March, 2017
Show all

Marathons and an annoying campaign 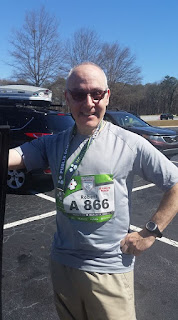 I recently completed my first full marathon. I have been a runner for several years, but did not start joining races until July 2015. In that time, I completed 5Ks, 10Ks, 10-milers and half-marathons since that time, but I always wanted to do the ‘full enchilada. I confess that I was pensive leading up to the marathon. The races always start in the dark and it’s typically chilly on late March mornings. What was ahead of me was quite daunting, but I broke it all down mile-by-mile. I took advantage of all aid stations, but stopping to drink and eat – something that I refused to do in shorter races. When I hit mile 23, it was a wall that I feared I would hit earlier. So, from that point, I did a lot of run-walking. I finished around the time I had hoped for and felt all right the rest of the day. The biggest casualty in all of this was my left big toe nail. I’m in the process of recovering from having it removed. Evidentially, the marathon traumatized that toe nail. Let me tell you,
Post a Comment
Read more

Airbnb getting bigger in China

- March 22, 2017
Wish to see China and save a few bucks? Did you know that Airbnb is available in China? The good folks over at Airbnb are making a big splash in China. Check this out:
Post a Comment
Read more

Being down in Georgia means that I think about water supply a lot these days. I have seen a few droughts come and go over the years. One of the worst occurred in summer 2007. We have been back to drought conditions since last year. Quite honestly, I would be surprised if we dug out of this current drought any time soon. We might receive a stormy spring, but will that put a dent in Georgia's current drought? I certainly hope so after paying dues going through a number of bad storms - like what we had on March 21. Right now, despite those ferocious storms/monsoons, it seemed as though we would be out of this year's drought in a snap. I suppose the answer is that instead of being at that horrifying "exceptional" or "extreme" level, we are somewhere between "moderate" and "severe." Here's hoping we will improve with more steady rain without the high winds, hail and lightning. This brings me to the fact that March 22 is  World Water
Post a Comment
Read more

- March 14, 2017
Here is my latest video product that I would like to share on this blog. It was a pleasure meeting and interviewing Gwinnett County's own Jay Dozer. Jay builds custom microphone stands for some of today's hottest musical acts including  Backstreet Boys, Toni Braxton, Billy Idol, Reba McIntire and countless other performers. When he's not crafting these amazing stands, Jay sings in tribute bands.
Post a Comment
Read more

They say it's your birthday

Today is my birthday. Just like every passing year, I don’t feel any different psychologically, emotionally or physically. I didn’t wake up today and thought to myself, “Uh-oh, everything is going off the rails starting today.” Give me a break. Birthdays are truly just a number. Why do we get worked up over birthdays and anniversaries? I’m not sure how it is in other countries or societies, but in the U.S., we are fixated on numbers and measurements. We then let those figures dictate our thinking. We would all be better off if we stopped fixating. For me, nothing is different today. I’m still here and thankful for that fact. So what’s the huge deal? Indeed, I look completely different from my days growing up on Ohio’s north coast. When I visit these days many do not recognize me. I’m sure they walk away and are stunned that I’m a grown man. I suppose I can make a big deal out of that, but I cannot because it’s natural. We all simply get older. So what. That’s fine with me
Post a Comment
Read more 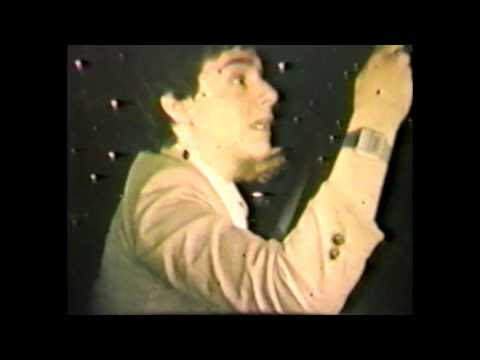 My Super 8mm original film production with legendary artist Dan Freed is certainly a 'catalog of trail and error.' I'm almost certain many ask, "Why stream these amateur shorts?" In some cases, it's for posterity and others, I just love sharing what my movie-making chums produced on shoestring budgets, imagination and the use of raw materials. One of my favorite moments during the "Super 8 Years," is the "1980s Cold War Thrillogy" that we produced. It started with the short titled, "Comrade: X" which is a takeoff on the 1940 Clark Gable film of the same name. Our "Comrade: X" was produced when all of us in the crew still could not drive. Hence, the static automobile shots. The moving car shots featured our mothers driving the vehicles. What I find fascinating is how we were tuned into geopolitics. In this film, Stephen Harlow, a young American scientist stumbles upon Soviet plans to blow up The White House and put the
Post a Comment
Read more
More posts