Showing posts from October, 2017
Show all

I am feeling nostalgic for the mall 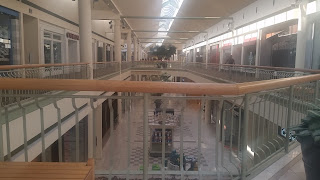 Gwinnett Place Mall photo by Robert J. Nebel For me and most likely folks across the country, I can get nostalgic. For me, I recently got a bit nostalgic when I caught a few minutes of the film Fast Times at Ridgemont High . Much of the 1982 film takes place in a thriving American mall. I’ve always connected with those scenes which was a good part of my life growing up on Ohio’s North Coast. When I was there in the 1970s and 80s, folks were excited by malls which featured futuristic looks, cutting-edge shops, eateries and movie theaters. The explosive growth of malls was no exception to the Cleveland, Ohio metropolitan area. It was happening everywhere. Malls seemed like they were symbols of American financial and marketing success which would never end. How could I ever forget this one mall that was touted as being like something out of a science fiction film with its long ramps and bright hues in the mid-1970s? I hear that mall is now long-gone. Then there’s another mall t
Post a Comment
Read more

The saga of 'Abomination Island' 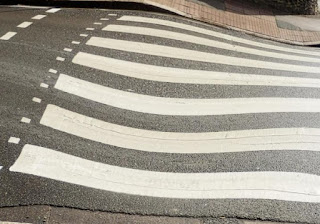 morguefile/quicksandala I’m still amused by the responses to a pedestrian island that was recently installed in my neighborhood. It always seems that the squeaky wheels on any subject matter get the most attention in reader comments sections in online forums on issues. The pedestrian island “dilemma” is no different. The squeaky wheels won on the pedestrian crossing’s nickname: “Abomination Island.” Yes folks, creative types live outside of the city and in the suburbs and exurbs. Creativity knows no bounds. Many who oppose the pedestrian island state that the island is a waste of taxpayer dollars. They say no one uses the island. Indeed, the island doesn’t get much use most likely because potential users don’t feel safe because most drivers travel far too fast through the area. Whether it’s contempt for the island or ignorance about slowing down and allowing pedestrians to cross, many drivers make pedestrians reluctant to use this amenity. Those who support the island say
2 comments
Read more
More posts