Showing posts from February, 2018
Show all

An unlikely alliance between Glenn Beck and Sam Bee

- February 20, 2018
Lovable Jon Lovitz By Robert J. Nebel August 2006 With  Saturday Night Live,  feature films and Subway ads on his resume, actor/comedian Jon Lovitz seems to have done it all.  Somehow that success was not enough for the then-49-year-old Tarzana, California native.  To quench his thirst for more, Lovitz  hit the stand-up comedy circuit in 2006.  After crafting his routine over the course of months, his tour stopped in many locations throughout the United States. The star of  SNL ,  A League of Their Own  and  The Benchwarmers  spoke with me from Los Angeles in early August 2006. What inspired you to do standup comedy? It's something that I always wanted to do since I was 13 when I saw Woody Allen's "Take the Money and Run."  I said to myself, "You know, I'm getting older and I might never get to do this." So, I started going to the Laugh Factory in Hollywood about two years ago, and practiced to get the show together.     Since you are mu
Post a Comment
Read more

Citizens come together and visiting a Russian 'troll factory' 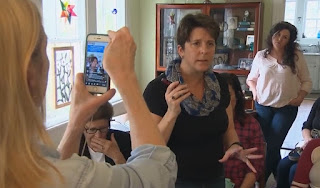 I streamed the following video on February 19th. I confess that this is a fascinating story that is currently unfolding. And if you missed it, I worked on the video feature below. It was released on 18 February. This video features citizens planning to join the 17-minute-walkout to protest-what some consider-unfettered high-powered firearms access - in the aftermath of the tragedy that took place in Parkland, Florida on Valentine's Day. As one can imagine, the video post sparked debate on the social networks. You may view the video here on Facebook - it is recommended that you login.
Post a Comment
Read more 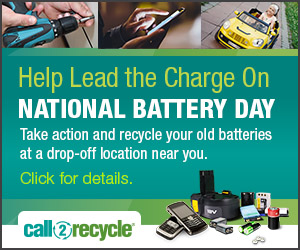 I typically try to recycle as much as I am able to every day. The problem with that is I’m not exactly sure my hard recycling work truly pays off in the end. Like many who try their best to recycle, we like to think that we are doing good for the environment and the world. It’s a bit of a downer when we come across articles that say trash haulers typically pitch the recycles into their landfills no matter how hard their customers try to do the right thing. On the other hand, I have come across many who fall into the category of lazy when recycling. These are the folks who just pitch anything into the recycle bin without even washing the goods. I cannot imagine how terrible it is for those who end up sifting through those so-called recyclable goods. They truly make the rest of us look quite bad. I’m surprised that the haulers are still in the recycling game at this point. In other cases, there are hard-to-recycle-items that require the consumer to travel to a proper recy
Post a Comment
Read more

Kim Yo Jong steals the spotlight 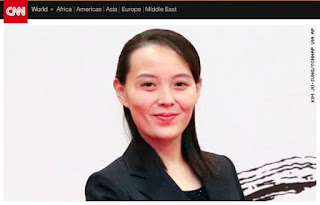 Check out the latest feature that I worked on with some amazing talent for CNN International and cnn.com.  You may view the feature here.
Post a Comment
Read more

'I love this s*** ... I thrive on it,' Tennessee sheriff says after deadly pursuit

This is a video feature that I edited on February 10, 2018 Here is the full page view: https://www.cnn.com/2018/02/10/us/tennessee-shooting-white-county-sheriff/index.html       Check out one of my latest video features. This one is currently appearing on cnn.com
Post a Comment
Read more

From Talking About Trump’s America To City Hall, Everything Goes!

I would like to start this post off with a cheap plug. It was a pleasure to appear for the fourth time on the Peachtree Corners Life podcast. Rico Figliolini’s podcast is a real treat for those in and outside of the city of Peachtree Corners. In our latest discussion, we talk about what will become of the Fiserv property. There’s a rich history over the property that Fiserv operating on in Peachtree Corners for years. The financial services technology company pulled up stakes and moved to nearby Alpharetta. You can click this sentence to listen to the episode. Even though Peachtree Corners lost some talent with the Fiserv exit, Rico and I point out that there’s a plethora of talent in the area. Rico’s podcast proves that fact with the other guests he has had on the show including Congressional Candidate Steve Reilly. Authors LC Johnson and Alex Walker and plenty of folks who serve on Peachtree Corners City Council and even the city’s mayor. Aside from tackling the loca
Post a Comment
Read more

Winter's potpourri has many longing for spring 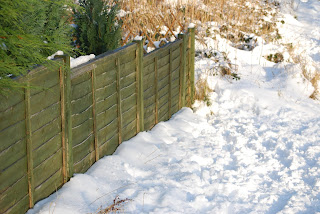 Morguefile/Alex France Super Bowl has taken place. Some folks from New England are still in shock as of this writing. Now, that was truly a great sports show. I typically don’t get into football viewing, but the Super Bowl has been a treat over the past few years. Aside from the game itself, there was more attention paid to the Pepsi Halftime Show featuring solo recording artist/actor/dancer Justin Timberlake. Let’s face the fact that mainly older folks who dub themselves music purists panned the performance. The younger set for the most part, were open to the multi-song dance-fest which also featured a hologram of the late singer-songwriter-guitarist-actor Prince. The tribute was apropos since Prince hailed from Minneapolis where Super Bowl 52 took place on that evening. Music mavens had an issue with the Prince hologram during the Pepsi Halftime Show, saying that the legend would have had issues with the act. Perhaps they are right, but it seems like Timberlake had
1 comment
Read more
More posts