Showing posts from August, 2021
Show all 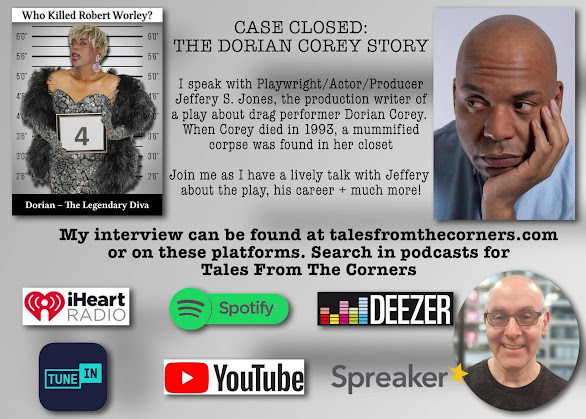 I speak with Jeffery S. Jones, who wrote the play, "Case Closed:  The Dorian Corey Story." This play tells the true story of the unsolved case of the death of Robert Worley when his body was found mummified in the closed of famed Drag Queen Dorian following her death from AIDs in 1993. Click below to view:
Post a Comment
Read more 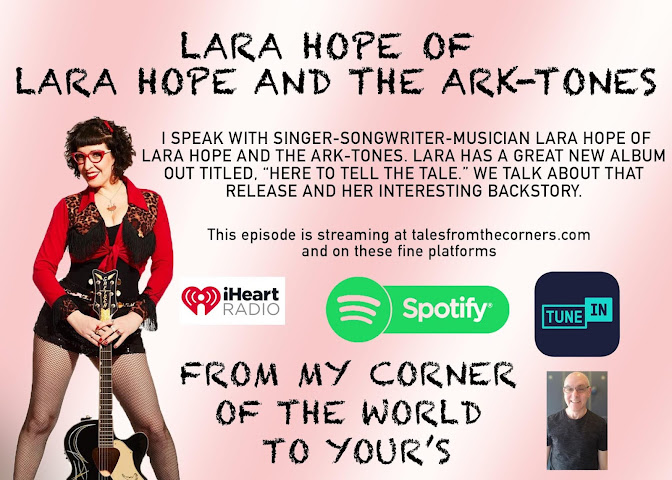 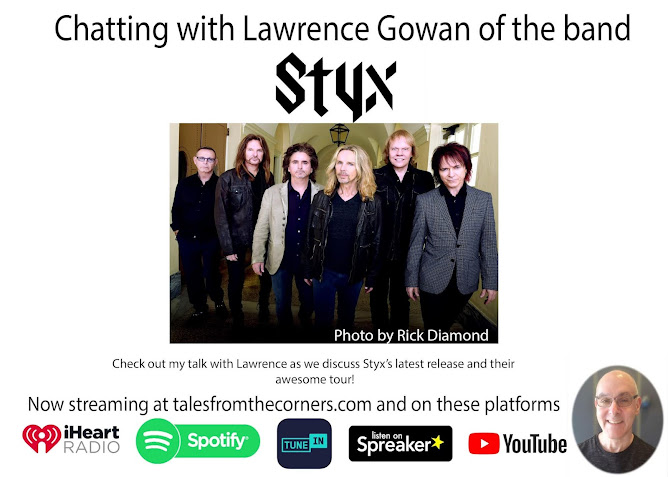 Styx is back with a hot new album titled, Crash of the Crown. Keyboardist/Vocalist/Musician extraordinaire Lawrence Gowan stops by to chat about the new project as well as touring and much more! CLICK BELOW TO LISTEN TO THE INTERVIEW ON YOUTUBE. You can also take it with you by downloading on platforms like Spreaker -- just search for "Tales From The Corners."
Post a Comment
Read more 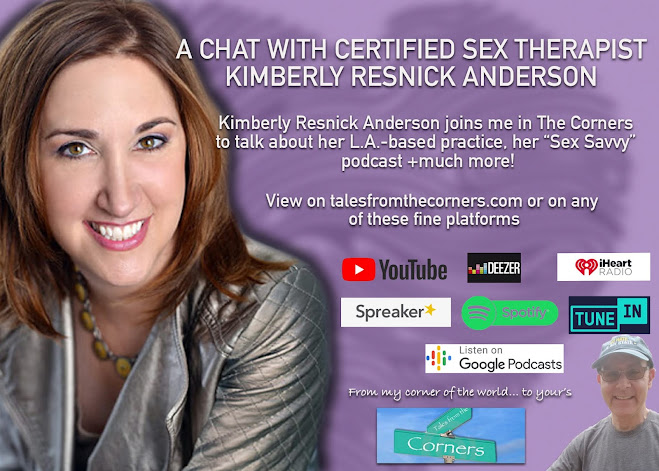 Kimberly Resnick Anderson joins me in The Corners to talk about her work as a sex therapist, her podcast called "Sex Savvy" + much more. Catch this lively talk here by clicking the box below or download the episode from platforms including Spreaker, Spotify, iHeartRadio + Deezer. Just search for "Tales From The Corners."
Post a Comment
Read more 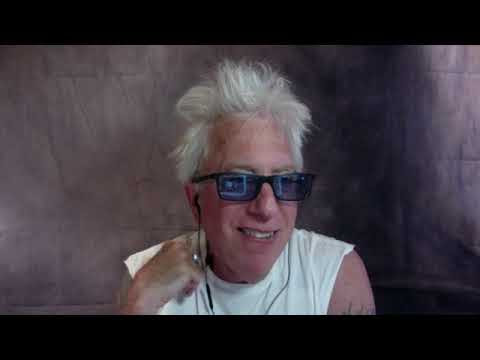 Ricky Byrd was Joan Jett's guitarist in The Blackhearts, helping to score huge hits like "I Love Rock 'N Roll." Byrd was with The Blackhearts for a full decade before he embarked on a dynamic solo career. In addition to Jett, Byrd worked alongside some of music's biggest names including Paul McCartney, Bruce Springsteen, Stevie Wonder, Roger Daltrey, Ian Hunter and scores of other legends. View our conversation on YouTube by clicking on the box above. We chat about those incredible people as well as Byrd's latest album, "Sobering Times." We are also streaming on several platforms including iHeartRadio, Spotify and Deezer: search for Tales From The Corners.
Post a Comment
Read more
More posts