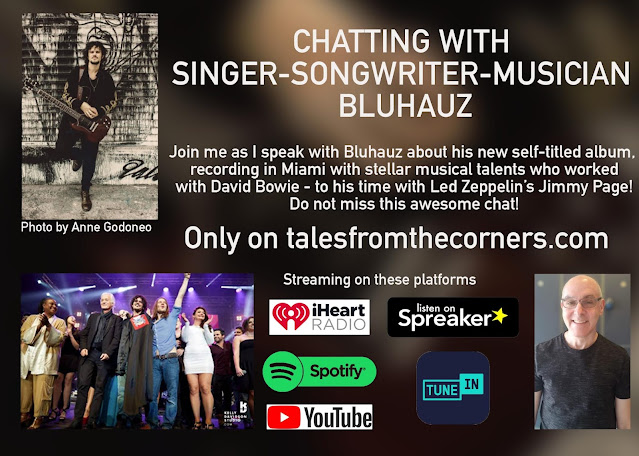 Singer-Songwriter-Musician Bluhauz joins me to talk about his self-titled debut album which features the hard-driving "Purify My Soul" single as well as its follow-ups "Give It Back," and "Everyday." We have a great time talking about his journey from the Berklee College of Music to his time with Led Zeppelin's Jimmy Page to forming the band Stone Giant. Bluhauz has a great cast on his new release including Maryel Epps, who has worked with the likes of David Bowie and Nile Rodgers. Do not miss this awesome episode! Click the box below to view: