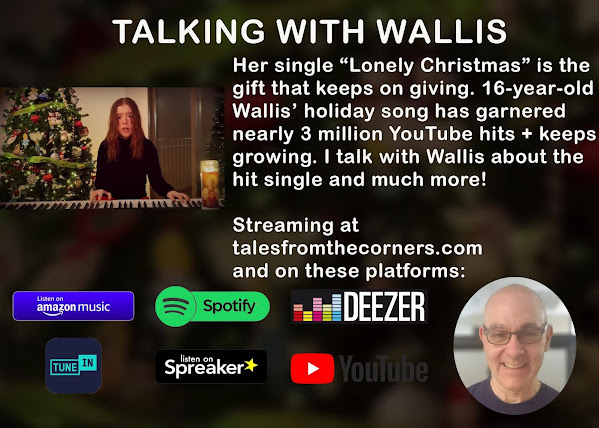 Her single "Lonely Christmas" is the gift that keeps on giving. 16-year-old musical sensation from the Philly area, Wallis -- chats with me about the making of her popular single as well as her inspirations and future plans.
Click here to view: